At the Dallas Jewish Historical Society, we take great pride in our programming. With events like powerful and historic movies, a historical reflection on the past shown in creative ways, and bringing the cultural history of different people together, the society aims to provide a hand on approach and build a sense of transparency, enlightenment and excitement in the community. 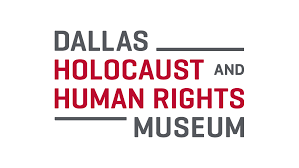 Traded to the Enemy: A Conversation with Wes Wesselhoeft

On December 12, 1942, the Crystal City Family Internment Camp opened in Crystal City, Texas to house “enemy aliens” of German, Italian, and Japanese descent. At age 6, Wes Wesselhoeft, an American citizen born to German immigrants, was taken with his family from their Chicago home and put on a train to Crystal City. A year later, Wes and his family were sent to Germany, traded for American prisoners of war. Join us to hear about Wes’ internment in Crystal City, his life in Germany, and his eventual return to the United States