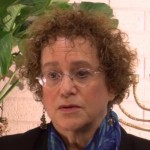 Karen Stern z”l was born in 1942 in Cleveland, OH, and moved to Dallas with her family when she was four years old. Karen was very interested in social justice and became a school teacher in the Dallas area, having experienced integration among the schools. Karen formed strong connections and had a huge impact on the lives of many through her work at Dallas’ Jewish Community Center, where she served as the Executive Vice President beginning in 1989. Her other positions included serving as Interim Executive Director at the Jewish Community Center in Palo Alto, CA, and as Texas Regional Director for the American Jewish Congress. She volunteered her time with the Jewish Federation of Greater Dallas and also served as the president and CEO of the Arthritis Foundation for eight years, forming the South Central Region.