In 1946 the Texas State Fair reopened, or as they called it then the “Victory Fair.” The fair was closed from 1942 to 1945 due to World War II, and the shortages of rubber affected the transportation of exhibitions. In the September 29, 1945 Billboard Magazine, they announced the Victory Fair, and that it was planning a $700,000 improvement program,  approved by the State Fair Association directors. They also planned on replacing the automobile building which had been destroyed by a fire in 1941, with a “modern exhibit building.” When the fair reopened in 1946 one of the sideshows included a man, “Scotty Scott,” who was buried alive in a casket 6 feet underground; for the length of the State Fair, 5 ½ months.

From the Fannie Schwartz Collection 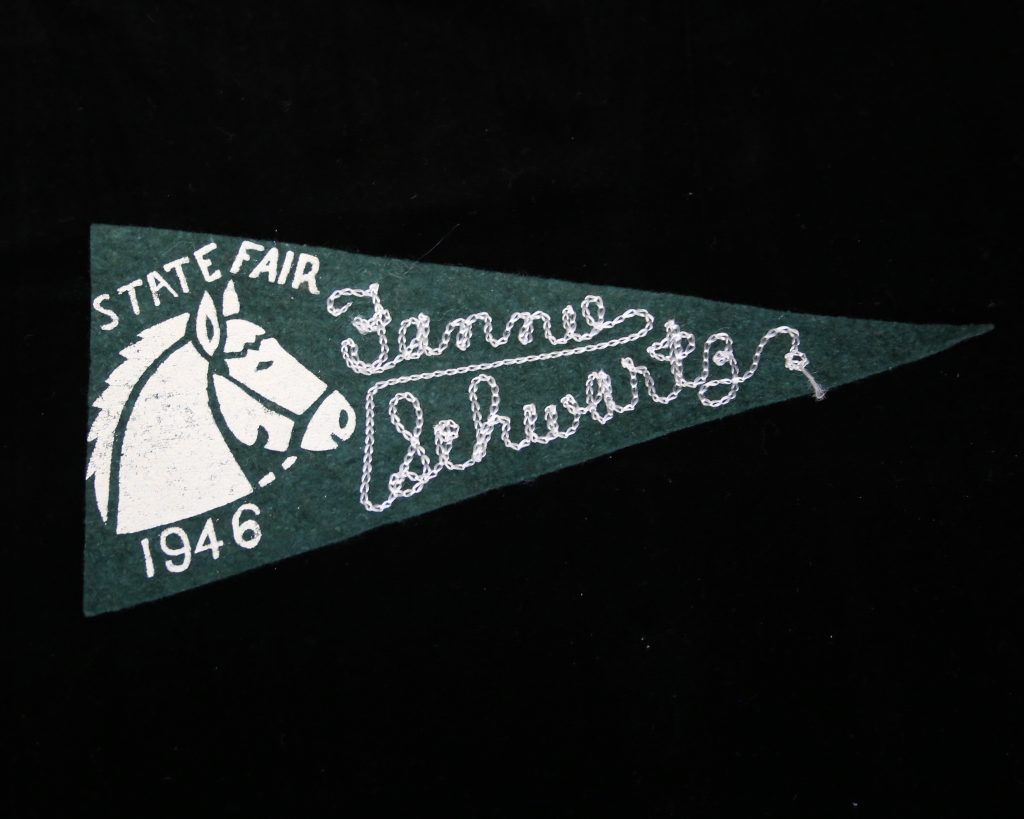 This is a gold Star of Deborah which is an individual award given out by the B’nai B’rith Girls or BBG organization. There is criteria and a point system in place to receive this honor. It includes earning 400 points, advisor approval, an essay, and the recruitment of 3 new members.

From the Luterman Family Collection.

Meyer J. Rachofsky was the Vice President of Mercantile National Bank. Mr. Rachofsky was also the treasurer of Golden Acres, as seen in the October 17, 1957 Texas Jewish Post Newspaper.

The Mercantile National Bank is well known for its iconic building located on Main Street in Downtown Dallas. The building was completed in 1943, and it was the only major skyscraper built during World War II. It was also the tallest building west of the Mississippi River for over a decade. The building, now called The Merc, is currently home to many people as it was converted into an apartment building.

From the Morton Rachofsky Collection

Here is a family portrait of Abraham Levi, with his children and grandchildren. Abraham Levi was born in 1822 in France. Leaving France at age 24 he landed in America and eventually made his way to Texas. Abraham was a large influence on the Victoria, Texas community. Levi served as president of the Victoria Jewish congregation for a quarter of a century. He also financed the area’s first electrical generator and ice plants. He died on November 30, 1902, and was buried in the B’nai B’rith Israel Cemetery at Victoria.