This is a nurse’s uniform hat from the Red Cross from around August 1948. The online guide states: Indoor Uniform: Figure 73 Commando blue seersucker or blue poplin (latest selection since seersucker no longer obtainable) one-piece dress with either long or short sleeves, convertible collar, and 2-inch woven red cross on the upper pocket. Cap: Matching buttoned cap with 1-inch red cross centered on front of facing.

Online photo of the complete nurses outfit, for reference

Here we have a metal shoehorn from the E. M. Kahn and Company, “Complete Outfitters to Men & Boys,” which was located on Main and Elm, at Lamar. The founder Emanuel Meyer Kahn, a Jewish immigrant from Alsace-Lorraine, France, founded the E.M. Kahn Company in Dallas in 1872 at the age of 21. He was one of the first businesses in Dallas to put price tags on his merchandise, rather than haggling, which was normal with customers. The company was a retailer of menswear and eventually had girls and women’s departments, with multiple locations.

The business continued for ninety-two years as a family-owned business and had the distinction of being the oldest retail store in Dallas, as well as the city’s first air-conditioned store. It was known that E. M. Kahn, always stood out in a crowd, immaculately dressed in a chocolate-brown suit.

Here we have Dallas resident Louis Oppenheimer’s (1868-1948) “Van Bibbers Little Cigars” case and cigar cutter.  The container is a heavy pressed paper or light weight cardboard, and has a striker on both ends. The Lorillard Tobacco Company which was located at 11601 Plano Rd, Dallas, TX 75243 carried the Van Bibber brand, and had ads in the Dallas Morning News. The  Van Bibber Little Cigars was by H. Ellis & Co., of Baltimore, USA . Manufactured by “The American Tobacco Company.” 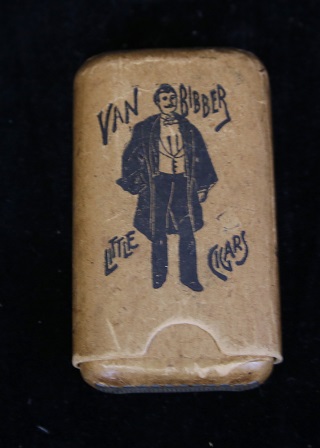 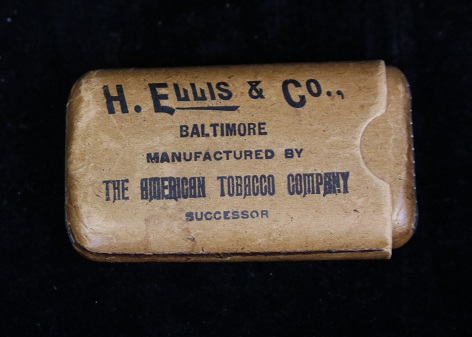 Morton Rachofsky (1930-2019), a Dallas realtor, inventor, and artist among many other things created this work of art. We previously posted about his 25 hour clock that he patented; and it was eventually sold at Neiman Marcus.

The Dallas Morning Newspaper on May 5, 1979 had an article about Dallas City Hall holding Dallas Art 79’, a juried show that included a similar wooden geometric piece of Rachofsky’s. Below is a link to Russell Tether which sells works by Morton Rachofsky. You can understand his material choice, and geometric design aesthetic by viewing multiple art pieces. 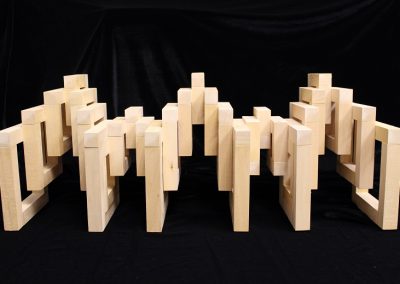 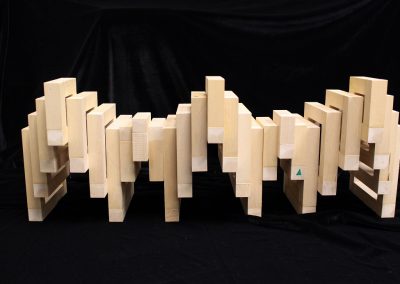 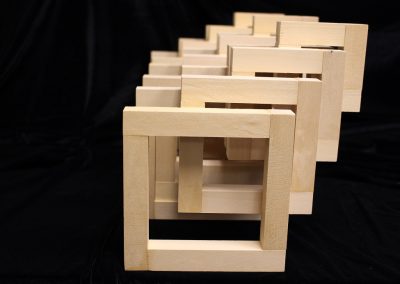 Parity – A Game of Economics, by I.L. Sanger

Donated with the Sanger-Badt Family Collection were game pieces and instructions for “Parity,” a card-based economics game designed by I.L. Sanger in the 1930s, the object of which is to balance the bank of your nation by trading/depositing/spending based on amounts outlined on game boards. Several sets of handwritten and typed instructions accompany the game, evidence that he dedicated a great deal of time to fine-tuning his invention.

In 1937, I.L. sent letters to several game companies, such as Milton Bradley, Monopoly, and Cadaco, Ltd. in an attempt to have the game manufactured and dispersed. Unfortunately, it does not appear that his efforts were successful. 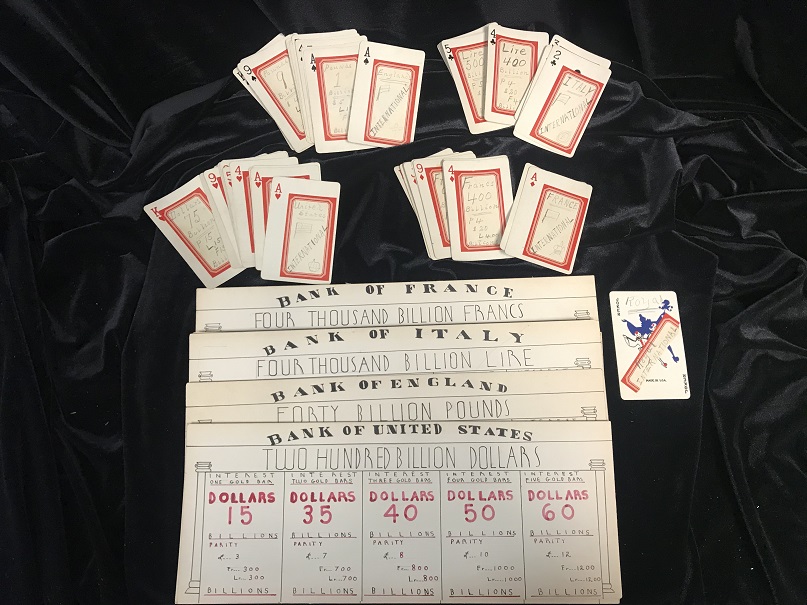