From an Archive Volunteer – Aliza Rosenberg

Recently, I was looking through the archives when I stumbled upon a file labeled “JFK”. I assumed it was about the assassination, maybe a newspaper article or a witness testimony from somebody who was there. Instead, what I found was an invitation for someone to attend the inauguration in DC. It stood out to me, not because it was odd that a Jew from Dallas was close enough to be invited, but because it was a glimpse of a world where the words “Dallas” and “Kennedy” could be mentioned in the same sentence without automatically causing us to think about murder and conspiracy theories. One of the interesting things about working in an archive is that you get to not only learn about different people in history, but you also get a glimpse at what the world looked like through their eyes.

Treasures from the Archives – March 2016

By Stuart Rosenfield, DJHS Board Member

Among the many collections to explore, the archives of the Dallas Jewish Historical Society, located in the Aaron Family JCC, houses a collection from one of Dallas’s most progressive Court of Appeals judges, Barbara Rosenberg.

Barbara Rosenberg’s story, from her early political beginnings while studying for the bar, to being a pioneer as a woman in the legal profession, her nationally renowned campaign against an establishment candidate, and her tireless legal work to advance gay and lesbian rights, is a story documenting Dallas’s changing attitudes from the late 20th century to today.

Born and raised in San Antonio, Texas, Rosenberg attended the University of Texas at Austin, and later moved to Dallas where she became involved in the Democratic Party. In her early career, she worked with several law offices, including the legal team that defended people arrested during raids at Village Station in the late 1970’s. A constant advocate for LGBT and women’s rights, Rosenberg worked to educate members of the Gay Political Caucus on the participation process for the Democratic Convention and served as vice-chair of the Dallas Area Women’s Political Process.

Appointed to her first judiciary position as Associate Municipal Judge in 1977, Rosenberg went on to serve as an Associate Judge for the 330th District Court (1984-1991), and as an Associate Justice (1992-1994) and an Assigned Justice (1991-2003) of the Fifth District Court of Appeals at Dallas.  In addition, she has taught as an Adjunct Professor at Texas Wesleyan School of Law and maintained a private law practice from 1976-1984, and again from 1995-1999.  She currently works in the Dallas City Attorney’s office, focusing on Appellate Law.  She is most likely best known for her 1992 campaign against the incumbent Republican Criminal District Court Judge, Jack Hampton. The campaign win made national news.

This archive collection, generously donated by Attorney Rosenberg, includes childhood and college memorabilia, professional and personal speeches and information from her time on the bench, campaign materials (including ground-breaking video from her local TV advertising spots), and a copy of the Gender Bias Task Force of Texas report which she co-authored. Contact the Dallas Jewish Historical Society to view the collection, or check out the extensive collection of oral histories from Dallas Jewish personalities at www.dallasjewishstories.org.

The Dallas Jewish Historical Society works to collect, preserve, and protect the papers, photographs, artifacts, and recorded personal stories that illustrate the history of the Jewish community in Dallas. 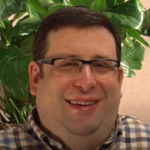 Rabbi Jonathan Schick’s video may only be viewed at the Dallas Jewish Historical Society office.  Please contact us for an appointment. 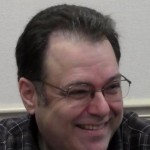 Randy Pearlman, a native Dallasite, has been in theatre, singing, and acting for many years. He has brought this passion for the arts into the Jewish community by performing for various Jewish events and celebrations. 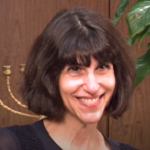 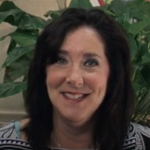 Stephanie Berman was born in 1966 in Dallas, Texas. She attended Akiba Academy of Dallas through Kindergarten and later attended J. J. Pearce High School. Stephanie, a successful jewelry designer, opened a jewelry store inside the Shops at Willow Bend, but later opened her own studio. Stephanie’s husband, Peter, is an electrical contractor for commercial buildings. As a proud Jew, Stephanie urges people to stand by their religion and traditions.