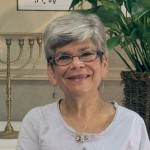 Ynette Hogue grew up in El Paso, TX but has made Dallas her home for many years.  She discusses her family history and her activities in the Dallas Jewish community.

A Year of Highlights by Jim Schwartz, President of DJHS

Welcome to my first BLOG entry as President of the Dallas Jewish Historical Society!  As we approach the end of our fiscal year, I thought highlighting some of the events and individuals that made this a special year was in order.

We welcomed seven talented and enthusiastic Board Members this year, whose contributions to the board have already been noteworthy.  We completed the initial phase of our strategic plan over the summer and moved into the implementation of our key initiatives.

During the same, busy summer, a committee led by May Sebel and Joan Gremont  began planning our  inspiring fall event, One Story at a Time, honoring 250 individuals, natives and newcomers alike, who shared their oral histories with the DJHS over the last five years. The cocktail reception was first-class, followed by a great program. The event was well attended, received rave reviews and exceeded our fundraising goals.

Also in September, DJHS and the Dallas Mexican American Historical League collaborated with the Latino Cultural Center on a 6 week, multimedia exhibit on life around Dallas’ Pike Park. The exhibit traced the roots of Jewish and Mexican immigrants, honoring community life in the area most recently known as Little Mexico.

In December, our Andres Family Lecture Series presented genealogist Karen Franklin, author of “Tracking David Stone, the Jewish Bank Robber of Frost, Texas”.  Karen shared the story of Mr. Stone from his birth in England to the night of the gun battle which claimed his life, still considered one of the biggest events in the town’s history.

Don’t miss the next lecture “Jewish Major Leaguers in their Own Words” by author Peter Ephross on May 20th at the JCC.

This is also the year that we embarked on the ambitious project to digitize the contents of our archives, in keeping with our Vision:  to help present and future generations connect with Jewish Dallas. We have received several generous grants to begin funding this project, but the need will be ongoing.  The initial phase involves uploading over 500 oral histories to the recently launched new website, a website that was paid for by a generous board member.

Perhaps the crowning achievement was the recent Ann Loeb Sikora Humanitarian Award luncheon, “Elected to Make History,” held at the Westin Galleria April 16th to a full house. Our award recipients were six women who transformed our cities and state with their impressive achievements in public office: Lois Finkelman, Adelene Harrison, Ann Margolin, Laura Miller, Florence Shapiro, and Annette Strauss z”l.  The talented Brad Sham elevated the event as emcee as he introduced moving, short videos of our honorees, and, of course, the comments of each of our honorees were inspirational.  Board member Scott Cytron garnered media coverage, including an amazing segment on Good Morning Texas!  This event broke records financially, thanks to all of our sponsors, especially Presenting Sponsor, Sparkman-Hillcrest.  Kudos to co-chairs Andrea Weinstein and Barbara Lee and their entire team for an outstanding job well done! 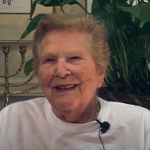 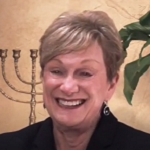 Eileen Kreisler, born in Brooklyn in 1942, moved to Dallas with her family as a young girl. She has been a wonderful role model and active member of the Dallas Jewish Community. 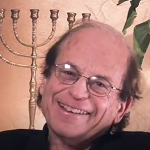