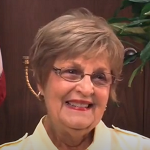 Born in 1941, Ann Kahn, a native Dallasite, has been a very involved member and supporter of the Dallas Jewish community.

Rosalie Budnoff was born in 1928 in Boston, Massachusetts. Her father was a printing salesman and her mother, born in Russia, came to America at age three around 1897. Rosalie attended Girls’ Latin School in Boston. She moved to Dallas in 1967 and met her late second husband, Irving z”l, at a Jewish-sponsored dance. Rosalie has been a very active member in Dallas’s Jewish community and has found that the Jewish community provides opportunities to meet new people. She belonged to the National Council of Jewish Women and Hadassah while simultaneously working and has been an active member of Congregation Tiferet Israel. 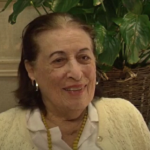 Hannah Brahinsky z”l, a fraternal twin and one of five children, was born in 1922 in Saint Joseph, Missouri, and raised in Marysville, Kansas. Hannah’s parents were both from Russia – her father came to America in 1907 and her mother in 1911. She recognized the impact her wonderful high school teachers had on her life and mentions the effect schooling has on every individual. Hannah came to Dallas with her family in 1939, right after she completed high school, and was an involved member of the Jewish Community, with organizations such as Hadassah.