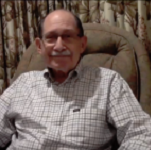 Milton Loeb, Jr.
Milton has been a Dallas resident since he was born in 1930. He studied at Highland Park High School and later went to Tulane University where he met his wife and married her an year later in December 1954. He has been a big part of Dallas’s Jewish Community through his participation in organizations such as Temple Emanu-El and Jewish Family Service
Published in January 2013.