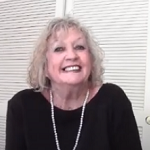 Derval grew up in South Africa. Her father had a huge departmental store just outside of Cape Town, South Africa. Her husband proposed her when she was 19 years. They got married and had three sons. They had 13 stores of their own in South Africa but had to leave the country due to the increasing crime rate. They moved to US in 1993 and settled in Dallas since then.