“In 1888 a 27-year-old foot peddler named August Lorch came to Dallas to sell dry goods and shoestrings, and in 1892 he was doing well enough to become a one-horse peddler; the next year he got a second horse” (Texas Monthly September 1982).

Founded in 1909 in Dallas, The Lorch Company became the oldest privately owned women’s apparel company in the United States. The Lorch Company created garments utilizing cotton for not only informal attire, but dressier cotton looks for women to survive the Texas heat. They were also part of the Dallas manufacturers that recognized and utilized new “synthetic” fabric that resisted wrinkles.

During World War II The Lorch Company helped in the production of nurse uniforms, as well as created more practical clothes for the women at home. “The retirement of Lester Lorch, the death in 1987 of A. Lorch Folz, and a devastating fire at the Dallas plant in June 1989 necessitated the closing of the company in 1991” (Texas State Historical Association).

From the Lorch Company Collection 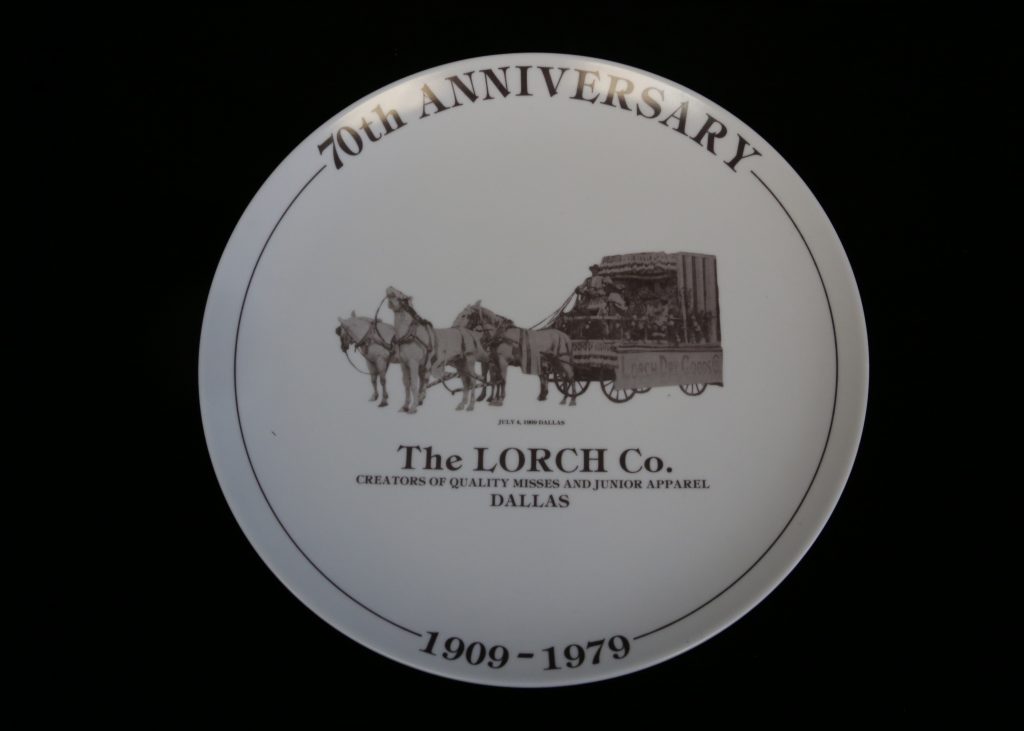