Marcus Rosenberg and his Legacy of Jewish Learning in Dallas

Today, Dallas boasts six Jewish day schools. How did a city in the Southwest, one that could not keep even one Kosher restaurant in business in the 1970s, get to a point that it could accommodate and maintain so many Jewish schools? Actually, the seeds for Dallas’ diverse and growing Jewish community that supports these schools were planted more than 50 years ago by a man named Marcus Rosenberg.

Growing up in the idyllic town of Bardejov, Czechoslovakia, before World War II, Marcus’ rights and freedoms as a Jew were protected by a democratic government. However, when the fascist Hlinka party gained control of the country in 1939, the situation took a dire turn. Sympathetic to the Third Reich, the new government instituted a vast number of Nazi-like, anti-Jewish laws and began deporting its Jewish citizens “to the east.”

The Rosenberg family was torn apart by war, deportations and horrific experiences in the Nazi death camps. Miraculously, Marcus and three of his siblings survived, returning to Bardejov to rebuild their lives. Within a few years, the country was again taken over, this time by Communists – and the Rosenbergs escaped to the United States.

Marcus found his way to Dallas to reunite with family members in the area, and in his new life here, he emerged as a dynamic, unstoppable businessman and influential philanthropist who greatly enriched Jewish life in the city. It was in Dallas that Marcus established the first sustainable Jewish day school, Akiba Academy of Dallas.

When Marcus came out of Auschwitz, he struggled with serious questions about God. Although he was always profoundly silent about that period of his life, the effects of the war greatly impacted his personal theology. Yet, he loved being Jewish, and when the opportunity presented itself, he became fully committed to doing what he could to give children a strong Jewish education and identity. The best way for Marcus to dull the hurt in his heart was to give back to others, and in large part, he did this by obligating himself to the next generation.

From the establishment of Akiba Academy in 1962, the concept of educating Jewish children in a day school environment took hold, and other day schools were gradually established in the area, reflecting various Jewish denominations and the continual growth of the community.

For more information about the life of Marcus Rosenberg, his memoir, Markus, Planter of Trees, is available in the library of the Dallas Jewish Historical Society and in the Tycher Library at the J. 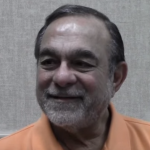 Esther Hazan-Cohen was born in 1950 in El Paso, Texas. Her mother was born in Mexico City and her father, raised in Turkey, served in the military during World War II and was stationed in Hawaii. Her family moved to Albuquerque in 1952, then to Oklahoma, and finally settled in Dallas. She attended Thomas Jefferson High School, followed by two years at the University of North Texas before meeting her husband, Jaime. They were married in 1971 and settled back in Dallas in 1977. Esther sent her children to Akiba Academy and worked with the PTA there, later becoming president of the school for two years. Following her presidency at Akiba Academy, Esther began working with Jewish Family Service and helped establish the program called “Centerpieces for Tzedakah”. She has been heavily involved in B’nai Zion and Bnei Akiva, and also served on the Board of Directors at Congregation Tiferet Israel. 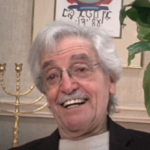