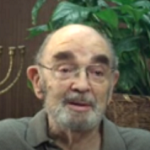 Hy Cohen, one of 12 children, was born in 1926 in Brooklyn, New York. Hy’s father was 11 years old when he ran away from Russia and found himself traveling through Europe, eventually to end up in London. Hy, from a very young age, was a mechanically inclined individual and an avid lover of airplanes and flying, which later influenced his decision to join the Naval Air Force. He married his wife, Edna, in 1950 and they settled in Tulsa, Oklahoma, before moving to Texas for business. As the proud father of three children, Hy’s passion and love have been very touching to both family and friends.