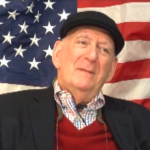 Howard’s father to the US from Russia and worked in a suitcase factory. Later, his father owned a suitcase factory of his own.
His father had a very strict work ethic set for him. As a child, Howard used to work in his father’s factory in Chicago. His savings helped him go to Tulane University for four years where he met his wife Carol. They got married in 1964 and have 4 four children.