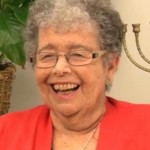 Bunny Radman was born in 1932 in Brooklyn, New York, and moved to Dallas in 1953. She has been a crucial leader and supporter of the Dallas Jewish community, initiating many projects and organizations that have benefitted so many. 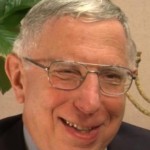 Stanley Rabin was born in 1938 in the Bronx, New York. He has been a crucial leader and supporter of the Dallas Jewish community and has led in many national Jewish organizations as well. 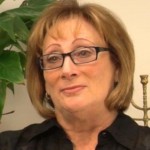 Janine Pulman was born in 1951 in St. Louis, Missouri. She has worked in many capacities to improve and build up the Dallas Jewish community, in which she is an active member and supporter. 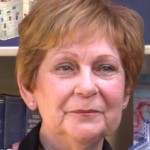 Marilyn Pailet, born in 1941 in Dallas, has from a very young age exhibited interest in reaching out to the Jewish community, with her involvements beginning in high school. Marilyn attended Tulane University, where she met her husband, Harrell. Together Marilyn and Harrell have four sons in addition to loving grandchildren. Marilyn has been a very important member and leader in the Dallas Jewish community, with involvements in organizations, including Jewish Family Service, Jewish Federation of Greater Dallas, and Congregation Shearith Israel, among many others.

Ethel Silvergold Zale’s father immigrated from Europe to Dallas, shortly thereafter entering the bakery business. Ethel is the youngest of three sisters, all of whom live in Dallas where they raised their respective families. Ethel graduated high school as valedictorian, and was the first female president of the student body. She obtained a degree in interior design and was later involved in the designing and architecture of Golden Acres, Jewish Family Service’s first building, and the first restoration of Congregation Shearith Israel. Ethel has concerned herself with the betterment of the community and has demonstrated this ideal through her work. In recent years, her creation of the Jewish Family Service’s “Woman to Woman” biennial event has provided much needed resources to the agency.