Max Tonkon was born in 1927 in Houston, TX, but moved with his family to Dallas when he was a few months old. Max had his bar mitzvah in 1940, after having learned closely with Rabbi Dr. David Lefkowitz, of Temple Emanu-El. Max heroically served in the army. Later on, he served as Chairman of the Temple Emanu-El Cemetery Committee for 23 years. A proud father and grandfather, Max and his wife, Marilyn, happily live together in Dallas. 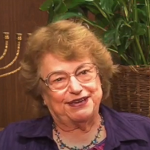 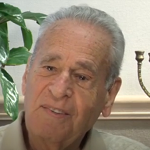