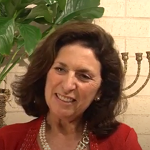 Raised in Johannesburg, South Africa. Taped in Dallas, Texas, in 2013.

Boris Gremont was born in 1947 in Johannesburg, South Africa, and grew up in the country on a farm. It was there that he attended primary school. His mother and father, whose family was tragically lost in the Holocaust, were from Lithuania and met in South Africa. Boris was in the South African military for nine months in an engineering corps. He met his wife, Joan, in college in Johannesburg, and they married in 1971. Boris maintains a strong interest in engineering, however he has worked throughout his life as an accountant. He and his wife, Joan, eventually moved to Dallas with their family; they have two kids. 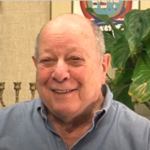