Nita Mae Tannebaum was born in 1933 in St. Louis, MO, but grew up mainly in Oklahoma. Nita studied education, while her husband studied accounting. Marrying in 1995, a week after their graduation from the University of Oklahoma, Nita and her husband moved to Dallas, where Nita got a job teaching in the Dallas Independent School District. Nita and family have been dedicated members of Temple Emanu-El since 1957, and Nita has been a part of its Sisterhood. Nita sat on the board of the Jewish Community Center, and additionally taught in the JCC preschool. She has been involved in many other Jewish organizations, including the National Council of Jewish Women and the Jewish Federation of Greater Dallas. 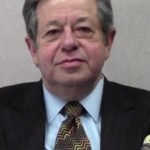 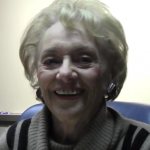 Frances Coleman, the oldest of three sisters, was born and raised in Dallas, Texas. Frances’s parents were originally from Poland. She attended Forest Avenue High School and later, Draughon School of Business. At age 18 she married Julius “Red” Coleman, who was stationed in Little Rock, Arkansas, as a medic in the war. Frances has been a very dedicated member of the Jewish Community with countless organizations. A past Vice President of Shearith Israel’s Sisterhood, Chairman of the Advanced Gifts Division for the Federation Women’s Division, Chairman of Israel Bonds for three years, the Jewish Community Center’s Woman of the Year, Frances has also had many other involvements and achievements. As a testament to their wonderful influence, Frances and her husband were honored at a tribute dinner at Congregation Shearith Israel.