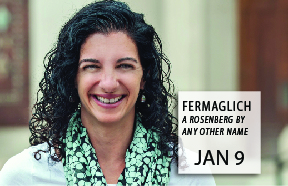 JCC BookFest & DJHS present Kirsten Fermaglich: A Rosenberg by Any Other Name

A groundbreaking history of the practice of Jewish name changing in the 20th century, showcasing just how much is in a name.

BIO
Kirsten Fermaglich has taught history and Jewish Studies at Michigan State University since 2001.  She has written about American Holocaust memory, antisemitism in the United States, and Jews and feminism.  She is the author of A Rosenberg by Any Other Name (NYU Press, 2018), which won the 2019 Saul Viener Book Prize.  Her first book, American Dreams and Nazi Nightmares, was published by Brandeis University Press in 2006.  With Lisa Fine, she co-edited the Norton Critical Edition of Betty Friedan’s The Feminine Mystique in 2013.  She is also co-editor of the journal American Jewish History, with Adam Mendelsohn and Daniel Soyer. 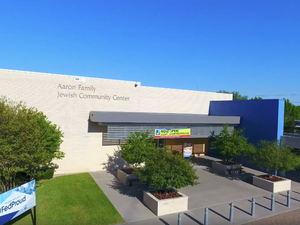