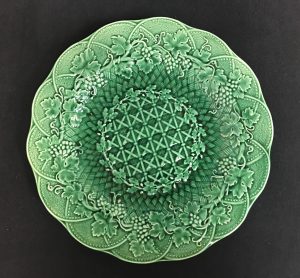 She was the daughter of Ike and Mabel Sanger and married Sig Badt. Her father was I. L. Sanger, Son of Lehman Sanger of the famed Sanger Bros. And, she wasn’t the only Evelyn of the Sanger empire. A different Evelyn Sanger, wife of Elihu Sanger, is referenced in They Came to Stay, “The Jews who Built Dallas,” and “Merchant Princes.”  However, Evelyn and Sig Badt were both prominent within Jewish Dallas, and Dallas at large. As Rose Biderman remarks, the Sangers are the closest thing Dallas ever had to royalty. Their homes, and those of their extended family, as well as their furnishings, and other belongings were luxurious and statement-making.

Evelyn and Sig’s set of Majolica plates, a wedding gift from Stanley Marcus, are no exception. “Majolica” refers to a style of ceramic wear that originated in Spain and Portugal in the 13th century. Its meaning has since evolved to include a broader range of decorative and functional pottery created in Italy during the Renaissance, in the Victorian era across Europe and the United Kingdom in the late 19th and early 20th centuries. The style generally includes a metal-based enamel glaze (traditionally lead and tin) with elaborate hand-painted designs or a layer of bright, iridescent glaze.

There are twelve plates in the set, which were gifted to Dallas Jewish Historical Society by descendants of Evelyn and Sig Badt as part of the Sanger-Badt Family Collection, donated by Joanne Groshardt. Each plate bears similar maker’s marks. 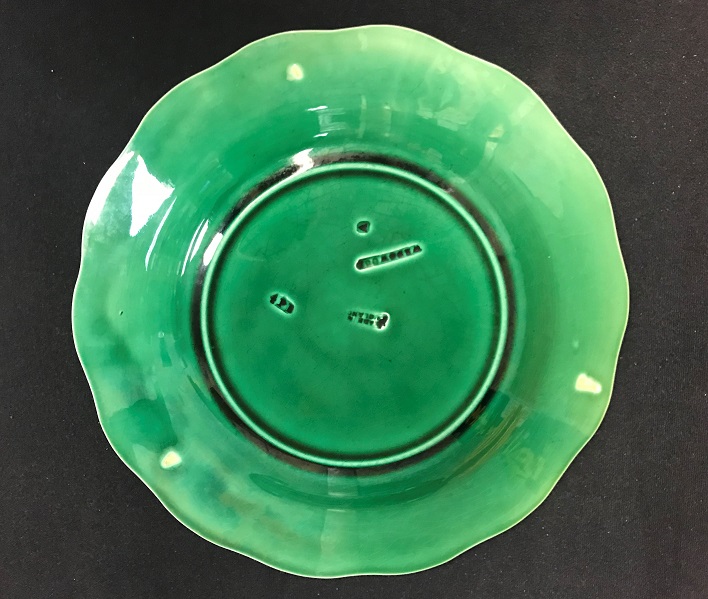 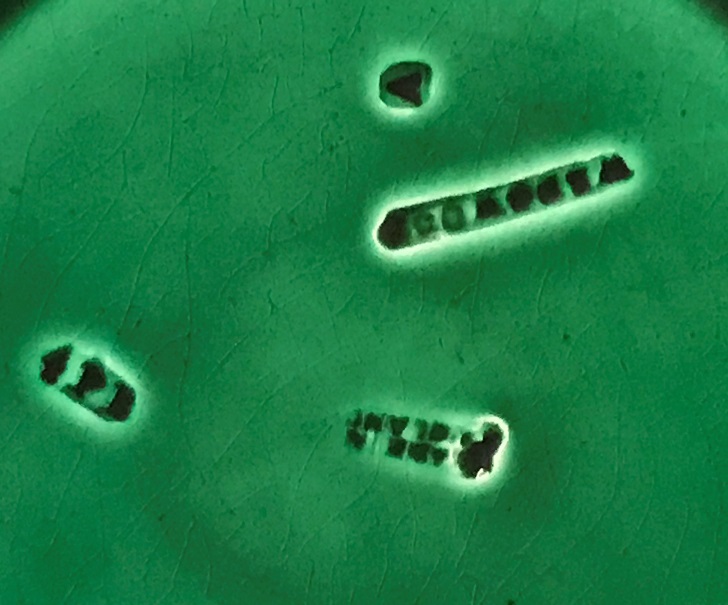