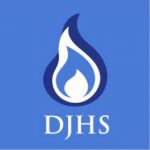 Pearl Ablon was interviewed by Ginger Jacobs on July 21, 1982.

Pearl Rude Ablon’s brother, Sam Rude, was the first in the family to emigrate from Europe, arriving in New York in 1913. Later her parents followed Sam to America, bringing Pearl and siblings Joe, Max and Sandy.  They settled in Dallas, where Pearl’s father was in the dry goods clothing business.  Like many in the Jewish Community, Pearl attended Forest Avenue High School, where she excelled, graduating as class valedictorian.

When they first came to Dallas, Pearl’s family, among many other Jewish families who had just arrived in the city, lived at the Ambassador hotel. Many of these families banded together to form great and lasting friendships. The Rude family later moved to the Jewish area of South Dallas in the 2900 block of Park Row.  At first the family attended the orthodox synagogue Tiferet Israel, and then later Temple Emanu-El.

Old City Park offered great fun for families, and Pearl especially enjoyed the park during the hot summer months when everyone hung out by the fountains. During the Jewish holidays, after children’s services, the young people would go to Old City Park, while their parents remained at the Synagogue.  The park offered a safe place for all of the children to play.

Pearl’s family taught her the importance of giving back to one’s community. Each holiday season, the Rude Family gave free clothing to the needy.  Pearl belonged to two social clubs while growing up in Dallas because of her involvement at both school and at Temple Emanu-El.  Temple members were active at the Columbian Club, and her school group occupied Park View.

Pearl married Bernard Ablon in 1926 at the Adolphus Hotel.  Bernard was in the poultry business, and the couple built a home at 5314 Nakoma. Pearl and Bernard had two sons, Sam and Fred; both graduated from Highland Park High School and went on to study at Texas A&M University, graduating in the 1950s.

Pearled belonged to many Jewish organizations including; National Council of Jewish Women, Temple Emanu-El Sisterhood, Hadassah and ORT. She was also co-editor of the Hadassah news bulletin. The Ablons also enjoyed the culture of Dallas at the Dallas Symphony and the Opera.  The Ablons remained life long members of the Columbian Club.

Listen to her interview below.